Having money can really change your life.

Suddenly receiving $100,000 can really change a person’s life. It sure changed mine. 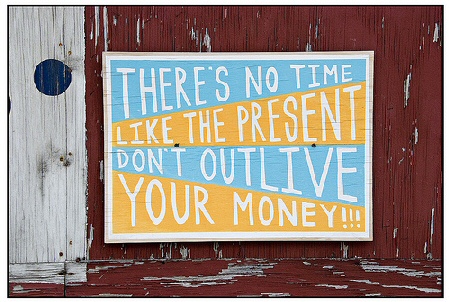 I can’t honestly tell you where all of the $100,000 went because I didn’t keep records of my spending. A simple summary of my monthly expenses might have acted as a warning to me that my spending was getting out of hand.

2. Don’t Put Anything into Savings

3. “Invest” in Collectibles in Which You Have No Expertise

I had heard about how some people had made a lot of money by collecting comic books so I decided to give this a try. Each month, I would buy three copies of brand new issues of comic books that seemed interesting to me. The first copy was for immediate reading. The second copy was for selling a year later. And the third copy was for selling at some future date. I ended up not even reading any of the comic books because I discovered that you could later buy hardbound versions that had several issues inside. I spent over $2000 on comic books. Recently, I decided to do some investigating on how much they were worth. I checked eBay to see what prices other people were selling the same issues for and sadly found out that most of my comic books were selling for below their original price. My problem was that I had no expertise in comic book collecting and I was buying comic books that were not going to appreciate in value.

4. Go Out to Eat Frequently

Almost every Friday night, my brother and I would go out to eat, usually at a local steakhouse. I would pay for both of us and would often leave a nice tip for the server. With the check and the tip, I was often spending $40 each week or $160 a month. We would also often grab fast food once or twice a week for an additional $10 to $25 or $40 to $100 a month.

By the way, you know you’re going out to eat too often when the servers know you by name and know what you want even before you order.

5. Go Out to the Movies Frequently

I’m a big movie buff so those same Fridays that my brother and I would go out to eat, we would usually go to the movie theater to see the latest blockbuster. We didn’t go to the cheap matinees or the dollar theaters so we were paying about $15 for two tickets. And even though we had already eaten dinner or were going to eat after the movie, we always felt compelled to at least buy two large sodas for an additional $5. I was spending $20 week or $80 a month on my movie addiction. I still love movies but I haven’t been to a theater in over two years. I would go again but way less frequently and I would only go to matinees or dollar theaters.

My spending on my movie addiction didn’t end with going to the theater. Our Friday night dinner and movie excursions were at the local mall so my brother and I would check out our favorite shops which usually included the DVD place. For some reason, I felt strange leaving the DVD store empty-handed so we would often browse for a long time until I found something that looked interesting enough to buy. I would spend anywhere from $30 to $60 on DVDs (the high end was if I bought a complete season of a television show I liked) so each month I was spending $120 to $240 on DVDs.

I later realized that I was only watching many of these DVDs once or twice so I decided to try to sell many of them (mostly the complete season television shows) at a used DVD store. At the most, I would only get about 30% of the original cost. Now I spend about $18 a month on a Netflix subscription. I can have three DVDs out at a time and can rent as many as I want. I figure if I do want to watch a DVD more than once I can always rent it again.

7. Buy Expensive Computer Software You Will Never Use

I’m a 3D digital computer artist so I decided to buy a really nice 3D computer software package called Cinema 4D. Beside the main program, you can buy additional modules that increase the functionality. Since most of these modules looked really cool, I bought the complete Cinema 4D bundle that cost about $2,500. Five years later, I still don’t use the software because the learning curve is fairly steep and I haven’t invested the time needed to learn it. I mostly use a software package called Bryce that was much cheaper at around $100. It doesn’t do everything Cinema 4D does but I can still make some cool 3D artwork with it.

I also bought an expensive Adobe software package that included Photoshop, Illustrator, Premiere, and After Effects. The only one of these programs I use much is Photoshop and to tell you the truth I more often use its cheaper competitor Paint Shop Pro.

8. Buy the Latest and Greatest Electronics

I was interested in a digital camera so I quickly bought an Olympus camera that at the time was fairly high-end at 5 megapixels. Between the camera and the accessory package, I paid over $800. I recently bought an 8 megapixel Canon camera (that has excellent reviews) and similar accessory package for my brother for only $200. If I waited a little bit longer, I could have saved a lot of money. I also made similar foolish purchases with a computer and a camcorder and I still haven’t used the camcorder.

9. Pursue Education on a Gut Feeling

In 1991, I had to leave college because I got sick and had to start using a ventilator to help me breathe. I always felt guilty for having not completed my degree, so now that I had money and distance learning was more available, I applied for the Bachelor of Arts in Ministry program through Prairie Bible Institute. I signed up for an initial two courses, Adolescent Psychology and Introduction to the New Testament. Tuition and books for the two courses cost around $1500. I soon discovered I didn’t have the discipline to study at my own pace and never finished the courses.

When I had about $20,000 left, I decided I should try to at least invest $5,000 to $10,000 in a mutual fund. From some research, I knew that some mutual funds had very little risk and would most likely be a good investment. I contacted a financial services ministry that is connected with my church’s denomination to get some advice on various mutual fund options. He gave me some good ideas, but I never pursued investing in mutual funds. Even putting some money in CDs would have meant a bit of a return on my money, but I didn’t pursue that either.

I’m not saying I spent all of the $100,000 foolishly. I did tithe to my church and was able to help them upgrade the air conditioning system and buy a much-needed projection screen. I was able to self-publish a book of devotional messages and record a CD of Christian Contemporary and Christian Rock songs I wrote or co-wrote. I was also able to help my brother when he was having financial difficulties. But $100,000, if used wisely, should have lasted a lot longer than six years. Hopefully, if you come into a large sum of money, you can remember my story and make better decisions than I did. I also suggest reading personal finance blogs like Peter’s. They are helping me make better choices regarding my money. It’s not $100,000 any more, but some day it may be.

Share6
Pin
Tweet
Share1
7 Shares
Last Edited: 24th April 2017 The content of biblemoneymatters.com is for general information purposes only and does not constitute professional advice. Visitors to biblemoneymatters.com should not act upon the content or information without first seeking appropriate professional advice. In accordance with the latest FTC guidelines, we declare that we have a financial relationship with every company mentioned on this site.