We saw the Nephilim there (the descendants of Anak come from the Nephilim). We seemed like grasshoppers in our own eyes, and we looked the same to them. – Numbers 13:33

Moses sent men into Canaan to see what it was like before all the Israelites entered the land. After spying out the land, these men reported that it was a land that flowed with “milk and honey” (Numbers 13:27). That was the good news. 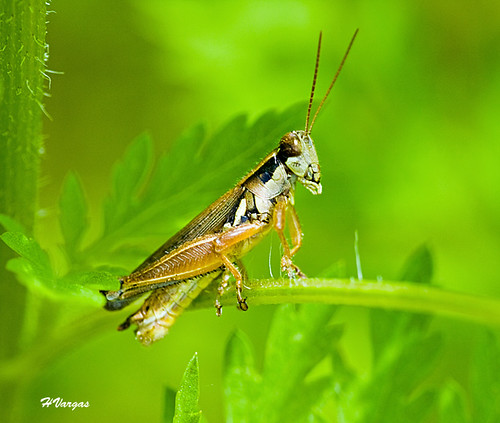 The bad news was that the people already living in the land were strong and their cities were walled. Caleb, a man after God’s own heart, had also seen these so-called obstacles, but immediately replied, “We should go up and take possession of the land, for we can certainly do it” (Numbers 13:30). The other men, not agreeing with Caleb, argued, “We saw the Nephilim there (the descendants of Anak come from the Nephilim). We seemed like grasshoppers in our own eyes, and we looked the same to them” (Numbers 13:33).

When obstacles stand in your way, are you like Caleb ready to overcome anything? Or are you like the other men who went to spy out the land, only seeing the size of the obstacle and your own weakness? Too often, we see our obstacles as giants and ourselves as mere grasshoppers, helpless to do anything. We give up, thinking that there’s no way we can possibly overcome.

Are you feeling like a grasshopper fighting giants? Trust in God and overcome.

Share21
Pin1
Tweet2
Share
24 Shares
Last Edited: 7th February 2015 The content of biblemoneymatters.com is for general information purposes only and does not constitute professional advice. Visitors to biblemoneymatters.com should not act upon the content or information without first seeking appropriate professional advice. In accordance with the latest FTC guidelines, we declare that we have a financial relationship with every company mentioned on this site.