These past few weeks have been hectic ones both on the home front, and  at my office. My day job has been extremely busy lately, and it has only been compounded by the fact that a couple of my co-workers have left the company in the last couple of weeks for new jobs. In the process I’ve been left with some of their responsibilities. Lucky me!

That by itself would be bad enough, but at home things are a bit crazy right now as well. Not only are we in the middle of trying to sell our current house (which we have a purchase agreement on, pending the appraisal), but we’re also working on building a new house with my wife’s parents who are home builders.

With the new house being built we also need to secure financing to help pay for it, which if you haven’t been through the process in a few years, it may be a bit different these days.  They’re asking for more documentation, they’re being stricter about appraisals and income verification and the process is often taking quite a bit longer. 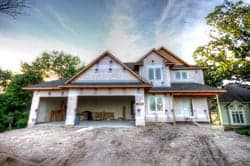 We started the mortgage process out by getting quotes on a 30 year fixed mortgage from a variety of different sources.

Through all those sources we were able to figure out approximately where the rates were for our area, and submit quotes to about 6-7 companies that seemed like they had the best rates, fees and best reviews on the web.

We put together a mortgage quotes spreadsheet where we could compare all of the quotes that we got, and figure out which would be the best deal for us.  Make sure you’re comparing apples to apples when looking at the quotes, otherwise you may be surprised later when the numbers don’t seem to add up.

Applying For A Mortgage

After figuring out which company had the best rates (most of them were the same/similar), the lowest fees and had the best reviews, we ended up choosing one company that had extremely good reviews on Zillow. Since our credit is excellent, the rates were good, they had a no cost 60 day rate lock so that we wouldn’t lose our rate, and they responded quickly to me when I had questions during the quote process.

I started filling out the mortgage application online, but right away I ran into a problem. The quote that I had received had no lender fees, and right away there was a $995 fee when I started the process. After calling the loan officer who had sent me the quote, he explained that the no fee quote was for phone applications only.

So I started the application process over the phone, and we received a lender credit to cover the $995 fee.   Moral of the story, pay attention when you’re applying for a mortgage, you may get a better deal one way or another. If something doesn’t seem right, call and have them explain what’s going on.

After filling out the mortgage application over the phone with the company we chose, we had to start supplying more documentation to support the things we told them on the application.  Some of the things we needed to supply:

Once everything requested was submitted we moved into the underwriting process (where we still are now).

UPDATE: We were now approved for our mortgage pending further paperwork. What did they want?

During the process there have been a couple of things that have been pressure points for us, places where we’ve known that we might have issues or get hung up. First, we knew we may have an issue getting approved for 2 mortgages, even if it was for a short time. A lot of lenders have tightened up how much of a debt to income ratio you can have, and having the two mortgages barely put us over the threshold of what they’ll allow.

Thankfully we have now signed a purchase agreement to sell our current house, and we’ve been told that as long as we close on the sale of our house before the closing of the new one, that there won’t be an issue being approved for a new mortgage.

So we’ve now agreed to a purchase agreement and the final hurdle is the appraisal on our current house – and whether the home will appraise for what we’re being offered.  If it doesn’t, we could have a problem. Fingers crossed!

The other pressure point has been whether or not the new home would appraise for what it needed to.  The appraisal just happened this past week and we now know that the new house has appraised for well over what we’re paying for it. So that won’t be a problem.

At this point we’re just waiting to hear back on whether our current house will appraise at what we need it to. If so, we likely won’t have a problem selling our house or getting approved for the new mortgage. If it doesn’t, we’ll have to go back to the negotiating table and see what we can work out with the buyers in hopes of not having to push either closing back (and lose our sub 4% rate).

My advice for everyone out there looking at building or buying a new home? Do yourself a favor and sell your current house first. Save yourself the stress and hassle of doing it all at once. While it looks like everything should fall into place for us, that isn’t always the case.  The stress and anxiety caused by buying and selling at the same time is really not worth it.  Sell your house first, then get approved for the mortgage and close on it at your own leisurely pace.

Share15
Pin1
Tweet19
Share8
43 Shares
Last Edited: 9th July 2013 The content of biblemoneymatters.com is for general information purposes only and does not constitute professional advice. Visitors to biblemoneymatters.com should not act upon the content or information without first seeking appropriate professional advice. In accordance with the latest FTC guidelines, we declare that we have a financial relationship with every company mentioned on this site.

Previous Post: The Pros And Cons Of Debt Consolidation
Next Post: Why We Should Talk About Finances