Election day is here tomorrow. If you’re in a battleground state it’s impossible to ignore.

Here in Minnesota, a historically Democratic state, the polls showed last week that the race was extremely close.  One poll showed Obama in the lead over Romney at 48-45%, with another showing Romney up by 1%. The race is within the margin of error – a statistical dead heat. When the campaigns realized that it was closer than previously thought in my state they both ended up buying millions in advertising.  If you turn on the TV right now, you’ll see nothing but political ads for one candidate or another.

While I think we can all agree that we’ll be glad when the election is over and the ads are gone, right now we do all have some very serious decisions to make when it comes to who were going to vote for.   As people of faith, should we be voting our values, or as some say, should we be keeping our faith a personal matter? I’m of the persuasion that says faith should inform our whole lives because it shapes our world view, and we should be voting for leaders that come as close to sharing our values as possible.

Government Is Instituted By God 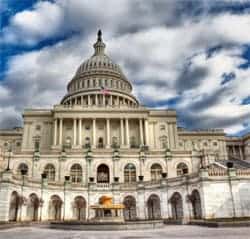 Before we get too far, I believe we need to look at the fact that government is instituted by God.

Let everyone be subject to the governing authorities, for there is no authority except that which God has established. The authorities that exist have been established by God. Consequently, whoever rebels against the authority is rebelling against what God has instituted, and those who do so will bring judgment on themselves. Romans 13:1-2

Government, along with the family and the church are instituted by God with explicit purposes. Government is in place to execute justice, to keep law and order and to keep its citizens safe.  If you had the family or the church filling those roles, as you might see in other countries, it typically doesn’t work well. For example, look at Afghanistan where the family unit will usually be the group to execute justice and keep law and order. It has lead to a lot of injustice and persecution.  By the same token, when you  have government trying to fill the role of the family or the church/community, it doesn’t usually work as well either.

Government Has Power, But God Has True Power

Government has power, but only because it has been given that power by God. Jesus spoke about this when he was in front of Pilate:

When Pilate heard this, he was even more afraid,  and he went back inside the palace. “Where do you come from?” he asked Jesus, but Jesus gave him no answer. “Do you refuse to speak to me?” Pilate said. “Don’t you realize I have power either to free you or to crucify you?”

Jesus answered, “You would have no power over me if it were not given to you from above. Therefore the one who handed me over to you is guilty of a greater sin.” John 19:8-11

So while we may not always agree with our leaders, we know that it is really God that is still in power. He has put people in positions of leadership for a reason, even if we can’t always see what it is. We need to abide by the government’s laws, as long as they don’t ask us to do things against biblical teachings. Abide by the law, but work towards changing the ones that don’t agree with your values.

Trust In God, Not Politicians

Government is an essential institution, but I think all people tend to extremes when it comes to politics.  We either ignore politics completely and don’t take any responsibility for voting for politicians that hold our values, or we can latch onto certain politicians and believe that they can do more than they really can. We put too much hope in our elected officials.

I don’t think either extreme is a healthy one. If we don’t pay attention to what’s going on, we’ll end up getting a government that we don’t agree with, and that doesn’t hold our values. If we care too much and our candidate loses, we lose all hope for the future.

When we hold either extreme, we forget the supreme nature of God, and how he is always in control, no matter who is in power.   God is the only one who can give us true hope, and a future in eternity with Him.

Trust in the LORD forever, for the LORD GOD is an everlasting rock. Isaiah 26:4


We Need To Vote In Order To Keep Our Government Accountable

Even though Government is instituted by God, and we need to place our trust in God first, we still are called to keep government accountable through our votes.

Government is instituted by God to execute justice, but it can stray from it’s duty.  Laws should be passed to improve things for everyone, but at times government perverts justice and favors one group over another.  When it does, we need to hold it accountable, and vote those out who are headed down the wrong path.

“Do not follow the crowd in doing wrong. When you give testimony in a lawsuit, do not pervert justice by siding with the crowd,  and do not show favoritism to a poor person in a lawsuit. Exodus 23:3

We can’t show favoritism in justice to the rich, or even to the poor.  We need a government that gives us equality in rights, but not in success.

Pray For Our Leaders

Not only do we need to vote in those who share our values, but we need to pray for our leaders.

I urge, then, first of all, that petitions, prayers, intercession and thanksgiving be made for all people— for kings and all those in authority, that we may live peaceful and quiet lives in all godliness and holiness. This is good, and pleases God our Savior, who wants all people to be saved and to come to a knowledge of the truth. 1 Timothy 2:1-4

If you want God to work in other people’s lives pray for them.  Even when you don’t agree with the policies they put in place, pray for them.

Look To God First, Then Pray And Go Vote!

Something to remember is even if our preferred leaders are elected, it doesn’t mean things will all go the way we want.  Even if we were ever to have a perfect government we would still have all sorts of problems because as humans we are fallen and sinful. We need an internal heart change and a new desire to do things God’s way.

So today, the day before the election, that is my prayer.  That the people of this country, and our elected officials, would have a heart change, would turn towards God, and lead us down the path to true change in Christ.

Share37
Pin
Tweet
Share2
39 Shares
Last Edited: 5th November 2012 The content of biblemoneymatters.com is for general information purposes only and does not constitute professional advice. Visitors to biblemoneymatters.com should not act upon the content or information without first seeking appropriate professional advice. In accordance with the latest FTC guidelines, we declare that we have a financial relationship with every company mentioned on this site.