Every October, the IRS announces changes to the rules that govern Individual Retirement Arrangements (IRAs).

Because of the government shutdown, these changes were delayed by a couple of weeks this year. However, just because the government delayed its rollout of the new limits, don’t think that gives you an excuse to put off your Roth IRA contributions.

Be honest with yourself. Have you maxed out your Roth IRA for the 2013 tax year? If not, you still have until April 15, 2014. If at all possible, you should make the maximum contribution for 2013 and start preparing to do so in 2014. Why? 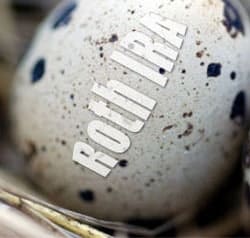 Every year you wait to start saving, you pay a high price for your procrastination. So do yourself a favor and commit to saving for your future today.

Everyone can contribute, so don’t make any excuses. Think you earn too little to contribute? Find a way to earn extra money or cut expenses. Think that’s too hard? Is it harder than working 40+ hours a week in your 70’s? Make it happen. Remember, unlike a 401k, Roth IRA contributions can be withdrawn tax-free and penalty-free at any age for any reason. This is why Suze Orman says a Roth IRA doubles as an emergency fund.

On the flip side, think you earn too much to contribute to a Roth IRA? Think again.

The Roth IRA conversion rules in 2014 are the same as the 2013 rules, meaning anyone can convert a 401k or a Traditional IRA to a Roth IRA regardless of income.

Similar to 2013, the 2014 Roth IRA rule changes were relatively minor. The contribution limits for a Roth IRA in 2014 stayed the same as last year. They remain:

As of this writing, all other rules and limits remain the same year over year.

On January 1st, millions of Americans will make New Year’s resolutions to lose weight and contribute to their retirement accounts. They’ll stay on the straight and narrow for a few weeks or months, then they’ll go back to their bad habits. Don’t be one of them.

Get a head start. Commit to saving for your future today, before the excess Christmas shopping and end of year gatherings take a bite out of your budget!

Share9
Pin4
Tweet22
Share1
36 Shares
Last Edited: 14th November 2013 The content of biblemoneymatters.com is for general information purposes only and does not constitute professional advice. Visitors to biblemoneymatters.com should not act upon the content or information without first seeking appropriate professional advice. In accordance with the latest FTC guidelines, we declare that we have a financial relationship with every company mentioned on this site.

Britt Gillette is the publisher of Your Roth IRA, a reference website dedicated to providing accurate, up-to-date information on Roth IRAs. Britt, along with his wife Jen have two children (Samantha and Tommy), and are passionate about helping people make wise financial planning decisions.