But we have this treasure in jars of clay to show that this all-surpassing power is from God and not from us. – 2 Corinthians 4:7

I fondly remember Christmas when I was a child. The wonderful food. The time spent with family. But most of all, I remember the gifts.

I know that makes me sound a bit greedy. But as a child I was more interested in toys than turkey and talking with family members.

My brothers and I would wake up as early as we could to see what presents awaited us under the tree. We couldn’t open any of them until our parents woke up and drank their first cup of coffee. However, we were allowed to open our Christmas stockings before my mom and stepdad woke up. Of course, we were far more eager to open the big gifts in colorful wrapping paper tied with pretty bows.

Once the required parental cup of coffee was finished, my brothers and I tore into our gifts. And I do mean tore. We ripped all that colorful wrapping paper and all those pretty bows as we hunted for a new basketball or a shiny fire truck. As pretty as the packaging was, we were more concerned with the treasure inside. 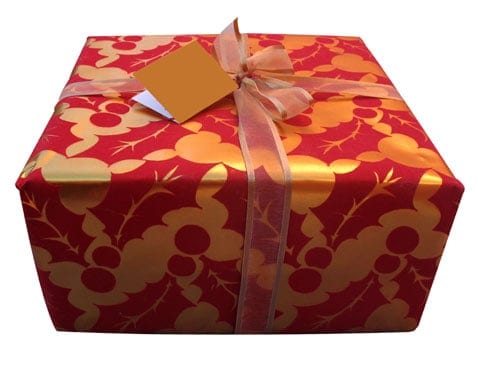 Can you imagine how silly it would have been if I had treasured the wrapping paper and ignored the gift?

As a young adult, I starting reading Christian biographies and began to admire the men and women whose lives were chronicled in each book. I appreciated their faith and their service. I envied their tremendous ministries and quite often I’d put them on a pedestal, bowing before their greatness. I cherished an earthen vessel while a greater treasure lay inside. I thought these men and women of faith were powerful but the true power was in God working through them.

I have learned that not all packages are as pretty as the ones I received at Christmas. Some packages are ripped or damaged. Some are a plain brown instead of a festive red and green. But it’s the not the shape or the color of the package that’s important. It’s the gift inside.