No matter your political affiliation, you were probably irritated by this election season.

Most of America waited on bated breath to see who would become the next commander in chief.  Democrats feared the worst if Trump became president, and Republicans feared a Clinton victory.

Now that we know Trump will become the next president, many people are contented, while others are either quietly grumbling, protesting, or pondering a move to Canada. 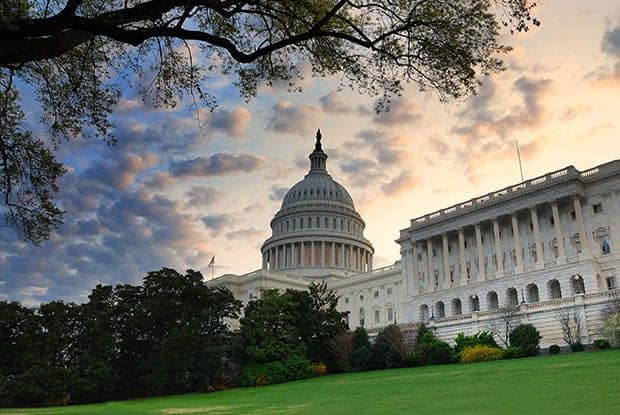 What’s done is done.  Trump is elected, and it’s now time for all of us to take a step back and look at the fear that dominated this political election cycle.  Each party worried about the repercussions, including financially, if the other candidate took office.

While politics can be frightening, I think part of our fear stems from how unprepared we as Americans now are to be self-sufficient.  We spend all of our income and then some.  We have no reserve to fall back on.  That alone leads to fear.

Generations of Americans have been much more self-sufficient than we are because they had to.  There was no store to stop by to buy ingredients to make tonight’s dinner.  There weren’t fresh vegetable shipped in from all around the world.  People had to make their own meals and produce their own food.  Money was not plentiful, so resourcefulness was required.

We can learn a great deal by learning from early generations.

Clara, who was the star of Cooking with Clara, said that she and her family were able to survive the Great Depression much better than their neighbors because her family owned their house outright and did not have debt.

By being resourceful and growing a very large garden, they were able to have enough food to eat.  Because they owned their home and didn’t have debt, they could survive on very little.  How many of us can say that today?

Look in your refrigerator and freezer right now.  If something happened and you were unable to buy groceries for two weeks, either because of a catastrophe or because you suddenly didn’t have the money, would you be able to survive?  Previous generations routinely put up food to last them through the long winter months, but we no longer do that.  Instead, we depend on going to the store every few days and buying what we need.

All it takes is one snowstorm for the shelves to clear.  If you’re not prepared, you’ll have a much more difficult time.  Our family likes to stock up during sales and fill the freezers and pantry.  If worse came to worse, we have at least a week of food.  After that, we’d still have food, but it wouldn’t be as well rounded as I’d like.

For much of the last half of the twentieth century, Americans saved their money.  Now?  Not so much.

If we want to feel more secure and better able to handle any political turbulence, we must look to our ancestors and begin to practice self-sufficiency again.

The idea that we can live on the edge financially without repercussions is a dangerous one.  In many ways, it’s up to us to create our own financial security, regardless of which party assumes office.

Share18
Pin
Tweet2
Share1
21 Shares
Last Edited: 30th November 2016 The content of biblemoneymatters.com is for general information purposes only and does not constitute professional advice. Visitors to biblemoneymatters.com should not act upon the content or information without first seeking appropriate professional advice. In accordance with the latest FTC guidelines, we declare that we have a financial relationship with every company mentioned on this site.

Previous Post: How Is Your Wasted Time Costing You Money?
Next Post: 5 Refinance Mistakes That Can Be Easily Avoided