Over the past few weeks I’ve been having a ton of problems with my website host, Lunarpages.  I hosted BibleMoneyMatters.com there, as well as Quicktofit.com, Logosforwebsites.com and Tweetertips.com.   Over the past few months I have watched as time and again Bible Money Matters went down.  They almost always had an explanation for it that showed that the outage was my fault.  They would say it was my internet connection, or my plugins, or that I was using too much CPU.

After my site went down last week again, this time during some crucial elite eight voting in the Free Money Finance March  Madness contest, I decided i could take it no more! I decided to switch hosts for my main site, BibleMoneyMatters.com. 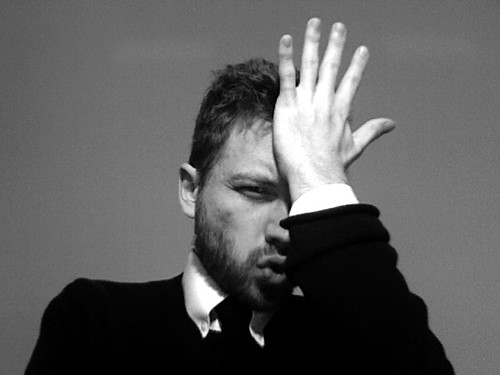 I was planning on doing a switchover slowly, but last night Lunarpages decided to take my site down again, this time during the Championship round of March Madness contest – right when I needed my site to be up the most!

They turned my site off after their phone support was gone for the day, and I had to resort to their slow online support.   As of today almost 15 hours later I have yet to hear back from support.   How’s that for responsiveness?

I had a feeling that support was going to take their sweet time, so last night after it went down again I switched into high gear and got everything switched over to my new host.   I put in the DNS information for my new host, and let ‘er rip!

Bible Money Matters is now hosted on a dedicated virtual server at MediaTemple.net. So far the support at MT has been much better.  After setting things up  this week I had to call support – and they were SO MUCH MORE helpful.  The guy stayed on the phone with me for 45 minutes walking me through something that I was doing wrong.    That is how customer service should be!  If you’re signing up for a new host, I’d recommend them.    If you’re signing up, don’t forget to use their coupon code for 20% off of hosting services – for as long as you’re there!

Coupon code for 20% off : retailmenot

The reason for this whole post is to let everyone know that I’ve switched hosts, and if you notice any problems over the next few days, I’d appreciate you letting me know by sending me an email through the contact form.   Thanks for your patience, and once again, please vote for “learned”

UPDATE: Looks like I’m not the only one complaining about Lunarpages bad customer service!

UPDATE AGAIN: Here it is a couple of years after I wrote this post, and I’m finding myself in a place where it was time to move on from Media Temple as well. When they were up and running they were good and pretty stable. In the past few months, however, I’ve been having more and more problems with the site going down and support hasn’t been helpful at all since I’m on a self managed dedicated virtual server.  This past weekend I gave up and switched to a new host that is fully managed and has great support, Storm On Demand. They managed the whole transfer, migrating all 11 of my sites to the new server, and helped me walk through some hiccups along the way.  Definitely recommended so far!

Check Out Server Options From Storm On Demand

Share
Pin
Tweet
Share
0 Shares
Last Edited: 16th September 2012 The content of biblemoneymatters.com is for general information purposes only and does not constitute professional advice. Visitors to biblemoneymatters.com should not act upon the content or information without first seeking appropriate professional advice. In accordance with the latest FTC guidelines, we declare that we have a financial relationship with every company mentioned on this site.

Previous Post: I’m In The March Madness Championship! Vote LEARNED To Support My Charity – Second Harvest Heartland
Next Post: Personal Finance Bible Verse Of The Day: Do To Others