In the time I’ve been writing this blog I’ve come to realize something through the comments on the posts, the questions I receive via email and the searches that people use to reach this blog.  A lot of people just don’t have a basic understanding of personal finance.  They don’t know how to setup a budget, they don’t understand the benefits of investing and saving, and they think that debt is a normal way of life that everyone just has to live with.

Part of the reason that I write this blog is because I feel like I have some good things to say, and that I can help people to gain a better understanding of their money and how to manage it.  But I can’t help everyone (I wish I could)!

After reading some posts on other blogs, I began to wonder if it might be a good idea to start teaching our kids the fundamentals of personal finance at an early age, before they have a chance to completely get themselves in debt, and create a situation that they’ll regret.

Should we be teaching personal finance in the high schools, or even earlier?

Stats Show That Education Is Needed 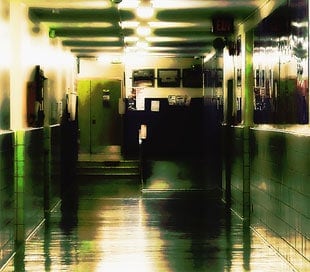 The stats showing just how bad most people need a financial education are pretty staggering:

Americans are in debt, and for many of them it leads to bankruptcy and financial ruin.  I think it’s pretty obvious that a good majority of Americans need some sort of financial education.  But what type, and where should they receive it?

Should The Schools Teach Personal Finance, Or Should It Only Be Taught At Home?

Like a lot of subjects, ideally personal finance should be taught by parents to their children from an early age.   Flexo from Consumerism Commentary posted a comment about this, stating that the schools are already chocked full of classes, and this one isn’t one that should be taught in schools, but at home:

If students aren’t getting the money management education they need, don’t blame the schools, blame the parents. These skills could be easily taught in the home by parents with even the most basic knowledge.

In some homes that is probably happening, but looking at the statistics we see that this probably isn’t the case in most homes.   In fact, most parents probably could use some education on the basics themselves.   I think we need to consider something else.  So what is the alternative?

Many people are suggesting that we should start teaching a course on the basics of personal finance in either the junior highs or high schools.  The course could be either an elective or required (hopefully required), and would cover a variety of personal finance topics designed to give the students a good solid foundation and understanding of how finances work once they leave high school.  Another user crystalized my thoughts on this:

It is the responsibility of schools to prepare students for the real world. Every level of education is preparation for the next step and high school leads to the real world. It does not necessarily need to replace any core academic classes. It would be in addition to those classes. Students are allowed many electives and the benefit of understanding finances can help them with a strong start in their future.  Imagine if students left high school with a strong grasp on interest rates, investments, assets, liabilities, student loans, credit cards, taxes, etc. They would not only improve their own economic strength, but in turn would improve the US economy by being investors.

What Subjects Should Be Covered?

I think the subject of what topics should be included in this personal finance curriculum could be up for debate, but here are my vote for things that should be covered.

These are just a few ideas of topics to get started, and I’m sure there are more that could be included.  What are some things that you think should be covered?

Would It Make A Difference?

Personally I think getting something like this implemented in the schools could have a huge impact on people’s lives, helping them to understand that their financial actions do have consequences.  I know if I had been through something like this I could have avoided making some of the mistakes that I made as a student and young adult.

Would we be able to get something like this passed and implemented in the schools?  I’m not sure that we could – it just makes too much sense for the folks in Washington.   Better to keep people uniformed and dependent on the government?  (That’s about as political as I’ll get on this blog)

What are you thoughts on teaching a course on personal fianance in the schools? Would it help?  Could we truly make a difference by educating people to make good financial choices?   Or do people just not care to know about these topics?  Tell us your thoughts in the comments!

UPDATE: I’ve been told that Oklahoma already DOES have a required personal finance curriculum.  Check it out here.  Who’s next?
UPDATE 2: I’ve been told now that Texas already does this as well!    See, I had a good idea!

Share36
Pin
Tweet
Share
36 Shares
Last Edited: 16th April 2013 The content of biblemoneymatters.com is for general information purposes only and does not constitute professional advice. Visitors to biblemoneymatters.com should not act upon the content or information without first seeking appropriate professional advice. In accordance with the latest FTC guidelines, we declare that we have a financial relationship with every company mentioned on this site.

Previous Post: Cash For Clunkers Rebate Program Might Save You Money On Your Next New Car Purchase. But Is It A Good Idea?
Next Post: Personal Finance Bible Verse Of The Day: God Loves A Cheerful Giver