Last night I was watching a great set of video interviews by Adam Baker over at ManVsDebt.com with other popular writers, bloggers and world travelers.  I can’t link to the videos because they’re actually part of his great new premium e-book package that he’s offering called “Sell Your Crap“. ( I started reading the e-books in the package last night, and if you’re looking for some creative ways to get rid of your clutter, or tips on selling on eBay, Amazon or Craigslist, his e-books have some great tips and tricks for you to use.  The videos are definitely worth it as well. Highly recommended.  Sell Your Crap E-book – Clutter Crusher Edition)

In any event, in one of the videos I was watching Adam interviews J.D. Roth of Get Rich Slowly fame, and asks him about falling prey to consumerism, and if things have changed since he has gotten his finances under control, and started earning a better income.    Basically – is it harder to not fall prey to consumerism when you can afford to buy things more?

J.D.’s answer might be surprising to some in that he didn’t think it was harder for him to avoid buying things he might want now.  He talked about how in the past he did fall prey to a voracious appetite for buying comic books, and all the shiny new gadgets that came out.   The problem was, that all of the things he would buy would just turn to clutter.  He would buy all the new comic books that came out, but he would only read certain ones.  The rest would just sit in a box in the corner.  Essentially it was a waste of money.

After J.D. got his finances under control, and was better able to afford things, he realized that while he still wanted to buy certain things that he enjoyed, he didn’t want all the clutter and baggage that went along with buying everything, and buying just out of habit.  Instead he developed a laser-like focus that honed in on a few things that he would like to buy, and he would buy those.  Instead of buying 10 new comics, he would buy only 1 or 2 that he knew he would read, and forgo the rest.

So for J.D., the keys to avoiding the temptations of consumerism, even though he had the money to spend included:

Is It Harder Not To Spend, When You Have The Money?

While J.D.’s story really got me thinking, it’s still an interesting question to ask. For a majority of people, is it harder not to buy the things that you want, and fall prey to a high consumption lifestyle if you have the money to spend?  Or does having more money to spend go hand in hand with having better financial discipline, and thus not falling prey to consumerism as easily?

I know for me, our family income has gone up substantially in the last couple years, and we can afford to buy more things than we used to.  To be honest, I have probably bought more things that I wanted during that time than I did in the past, but I haven’t necessarily gone out of control – cluttering up the house or creating debt.  I’ve only paid cash for everything, and the things that I’ve bought tend to be high quality, things that will last for years.

I think for me it was harder to not fall prey to consumerism when I didn’t have any money.  I would use credit cards to pay for spring break trips, and buy the newest game console on my plastic.  In a way, buying things was a coping mechanism, and an escape towards a better life I was dreaming about.  The problem is, the things you buy can far too often take over your life, and the dreams of a more prosperous life they came with, can often turn into a curse of debt and despair.

So what do you think – would it be harder for you to not fall prey to consumerism when you can afford to buy things more?  Or have you overspent more often on things you don’t need when you didn’t have the money to spare?  Tell us your thoughts in the comments. 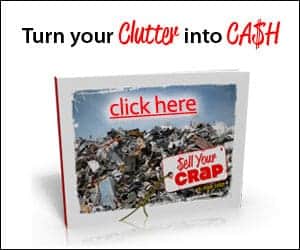 Share
Pin
Tweet2
Share1
3 Shares
Last Edited: 26th March 2014 The content of biblemoneymatters.com is for general information purposes only and does not constitute professional advice. Visitors to biblemoneymatters.com should not act upon the content or information without first seeking appropriate professional advice. In accordance with the latest FTC guidelines, we declare that we have a financial relationship with every company mentioned on this site.

Previous Post: Money Isn’t The Problem. Our Interaction With It Is.
Next Post: Cash Back Rewards Can Help You Save On Everyday Expenses. Tell Us How You Would Use Your Cash Back – And Win A Starbucks Gift Card.