We love our home, but it has never felt finished.

Our family has been living in our current home for the better part of a decade now. We built the house just over 9 years ago in a popular neighborhood in an outer ring suburb of Minneapolis.

At the time we were fortunate to find a foreclosed lot through my wife’s home-builder parents that had everything we wanted. It was in an established neighborhood with tall mature trees. It was in an area with solid schools and many family activities for our growing family. It had plenty of space for a big backyard, with a wetland behind that meant we would have privacy.

We bought the lot and proceeded to build what we hoped would be our “forever home”.

When we were going through the process of planning out our new home with my in-laws, we had to decide what we were going to be willing to spend money on, and where we would be ok with cutting costs.

We decided to leave the basement of the home unfinished because we figured in a couple of years we could come back to that and complete it. We didn’t really have an idea of what we wanted down there yet anyway, so in the meantime, it could just be an unfinished play area for the kids, and a man cave for me with my tower speakers, stereo, and plasma TV.

Fast forward 9 years and we are now finally starting the process of finishing our basement, in order to make our home complete.

Moving Forward With A Basement Remodel And Hiring A Contractor

A year or so ago we finally decided to move forward with a basement remodel. We decided that we were going to have the basement be an entertaining space with a comfortable media area with couches and a 75″ big screen TV, a game table, a small kitchenette, a guest bedroom (that doubles as a workout room), and a bathroom.

Over the years we had saved money regularly in a long-term investment account that we planned on using for the remodel. While it took us longer to start the process than we had expected, at least the markets were relatively kind to us over the years, and we now had more than enough to pay cash for the remodel.

If you’re planning on doing your own remodel, I’d recommend doing the same.

Paying cash for a project means you won’t have to worry about where rates are at a given time, or whether you qualify for financing at a favorable rate. Just save it in cash.

Contacting Contractors To Get A Bid On Your Project

After deciding to move forward my wife took the reins and started the process of getting multiple quotes from contractors, home builders, and handymen.

This part of the process took longer than expected for a variety of reasons.

One of the final contractors that came out to bid on the job was the one we ended up going with. Not only did he have one of the most reasonable bids, but he also was willing to meet with us on a couple of occasions to go over ideas we had for the plan, and was always very personable and patient with our questions.

Of course, we didn’t just rely on him being personable. We also got a list of past clients who had worked with him, and we actually called them. All of them gave glowing reviews, and while that wasn’t surprising, they answered all of our questions in a way that gave us confidence in him.

In the end, we got 8-10 bids, with quotes coming in anywhere from $70,000 to almost $200,000. The contractor we ended up going with wasn’t the lowest bid but was the contractor that made us most comfortable with their quote, their knowledge, and their people skills.

Tips To Hire A Contractor

When hiring a contractor there are things you should look for.

It pays to do the work before your project starts so that you can ensure that you have a smooth remodeling job.

Getting Started On Our Basement Remodel

After signing on the dotted line with our contractor we put in our first payment and made plans to meet with a designer. She would get a blueprint drawn up and help us to choose all of our materials and finishes for our basement project.

We gave the designer our existing blueprint from when we built the house, which showed a preferred layout and design.

Using the blueprint our designer made a few changes and created her own version after getting our input.

Next, we met with her to choose the flooring, cabinetry, carpet, countertops, fixtures, and other pieces for the project.

Once we had made our selections she came up with 3D renderings of our basement which showed what it would look like when it was done.

After we finalized our selections we waited for the start date of our project so we could finally move forward with finishing our basement.

Construction Begins On Our Basement

After going back and forth for several months we finally started construction on our basement this week. We’re only 2 days in at this point and the basic framing of the basement room layout is already complete.

The project has a long way to go. From here we move on to electrical and HVAC, then installs of the fireplace, bathtub, cabinets, wood ceiling, and more.

We hope to have the project done by Christmas, but with shipping delays and other supply chain issues, we may be into the new year.

Either way, we’re excited that we can finally get the project underway and start moving toward completion. We’ll post updates as we go!

Have you had your own home remodeling project? Tell us about it in the comments! 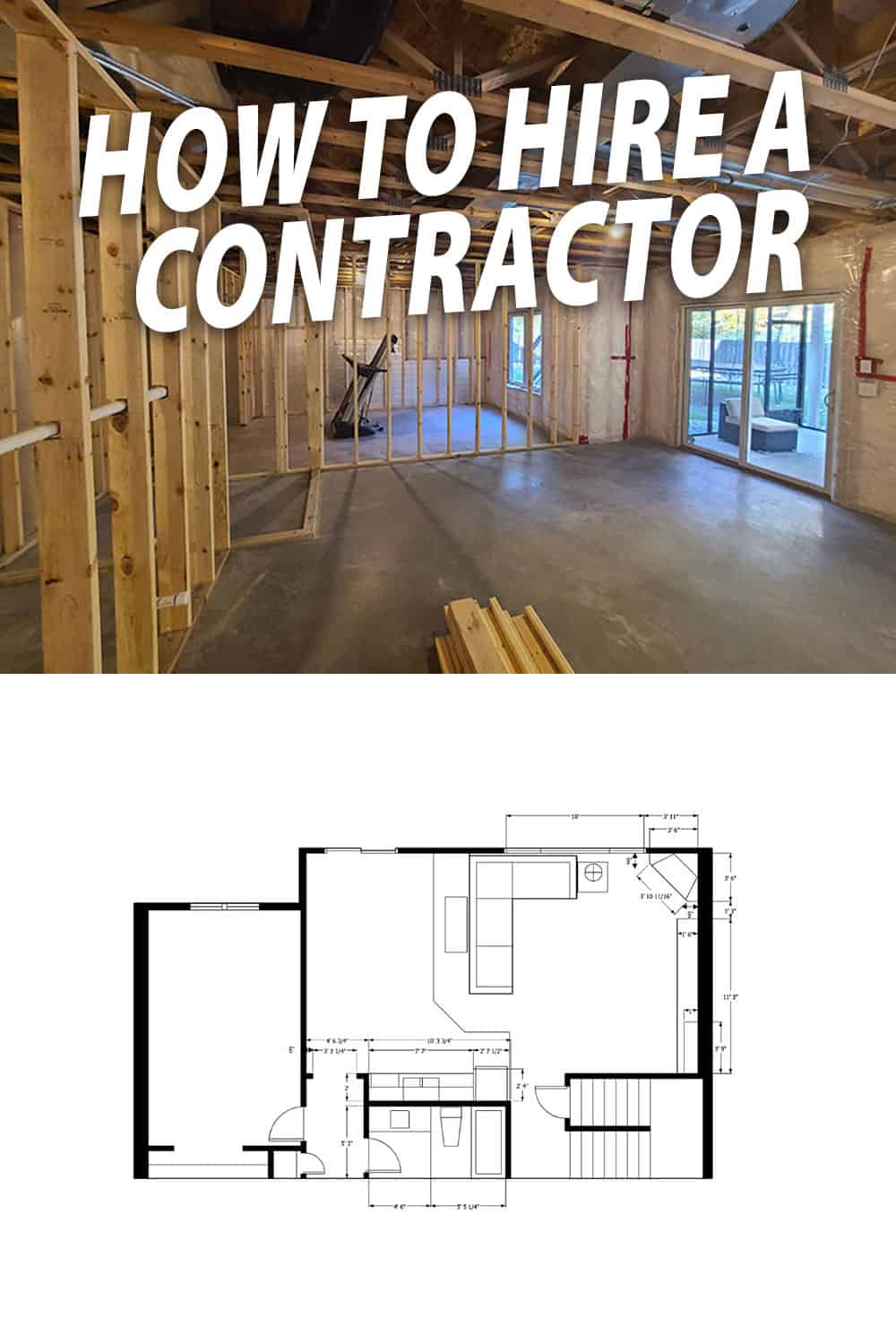 Share4
Pin3
Tweet
Share
7 Shares
Last Edited: 13th October 2022 The content of biblemoneymatters.com is for general information purposes only and does not constitute professional advice. Visitors to biblemoneymatters.com should not act upon the content or information without first seeking appropriate professional advice. In accordance with the latest FTC guidelines, we declare that we have a financial relationship with every company mentioned on this site.

Previous Post: Remembering 9/11 Years Later: Where Were You On That Fateful Day?