We’re all used to hearing that if we want to get ahead in life, you need to get a college education.   Today I want to talk about an idea that is rarely discussed.  The idea that education can negatively affect your bottom line!

Now before we get too far into this, let me say up front that I think education is important.  For many careers you can’t get very far if you don’t have a degree.  Some require that you have an advanced degree like a masters, or a doctorate.  In fact, as a group millionaires (the wealthy) are pretty well educated.  From the Millionaire Next Door: 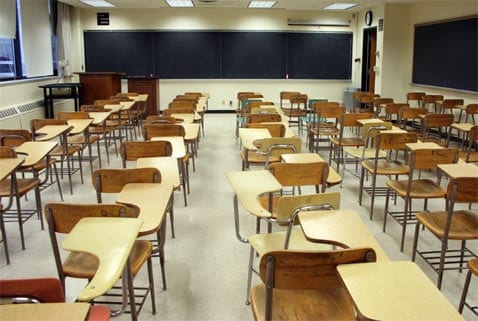 As a group, we (millionaires) are fairly well educated. Only about one in five are not college graduates. Many of us hold advanced degrees. Eighteen percent have master’s degrees, 8 percent law degrees, 6 percent medical degrees, and 6 percent Ph.D.s.

So millionaires see the value of education, as do I, and they spend a lot of money on their children’s education – more than was spent on their own.

As a group, we believe that education is extremely important for ourselves, our children, and our grandchildren. We spend heavily for the educations of our offspring.

Only 17 percent of us or our spouses ever attended a private elementary or private high school. But 55 percent of our children are currently attending or have attended private schools.

With so many millionaires and high net worth individuals seeing the value of a good education, and so many of them taking advantage themselves, it would probably be a good idea for us to sit up and take notice.

On the other hand, in his book the Millionaire Next Door Thomas J. Stanley also examines how there can be a dark side to having too much education.

Thomas J. Stanley found that wealthy entrepreneurial millionaires often wanted to help their children to do even better than they had.  They encouraged their children to get a college education, and advanced degrees.  The problem was that far too often that along with education – their children also developed a taste for finer things that are so often associated with their advanced degrees – and they spent far longer getting their education than their parents had, missing out on some prime earning years.

In the book, Stanley gives the story of one entrepreneur

Take the case of Victor, a successful entrepreneur who is first-generation American. Entrepreneurs like him have typically been characterized by their thrift, low status, discipline, low consumption, risk, and very hard work. But after these genetic wonders become financial successes, then what? What do they teach their children? Do they encourage them to follow Dad’s lead? Do their children also become roofing contractors, excavation contractors, scrap metal dealers, and so on? The chances are they don’t. Fewer than one in five do.

Victor wants his children to have a better life. But what exactly does Victor mean when he says that? He means that his children should be well educated and have a much higher occupational status than he did. Also, “better” means better artifacts: fine homes, new luxury automobiles, quality clothing, club membership. But Victor has neglected to include in this definition of better many of the elements that were the foundation stones of his success. He does not realize that being well educated has certain economic drawbacks.

Victor’s well-educated adult children have learned that a high level of consumption is expected of people who spend many years in college and professional schools. Today his children are under accumulators of wealth. They are the opposite of their father, the blue-collar, successful business owner. His children have become Americanized. They are part of the high-consuming, employment-postponing generation.

So for many people who have become wealthy by working hard, living below their means, having discipline and working hard – now their children have become under accumulators of wealth.  Why? Because they have spent so long in school, learning more about how those with advanced degrees are expected to earn and spend, than they do about the important points of how their parents became wealthy.

Education Can Be Expensive For Those Paying Their Own Way

The cost of education in this country only continues to go up every year, in fact the cost of education has risen much faster than the inflation rate.  For someone wanting to go to college, they can expect to pay anywhere from $40,000-$110,000+ for their 4 year college degree.  If you aren’t paying with cash or working your way through school, you will most likely be taking out student loans as well, which will add interest into the equation.

What I’m trying to say is that if you’re financing your education, you’re already putting yourself at a disadvantage, and you’ll have a lot further to go than some others might – because your net worth is in the negative when you graduate.  Depending upon your chosen career, you may or may not be able to pay that loan back quickly, but it’s something to take into account when deciding on which school to attend.

Education Can Help You To Find Wealth, But It Can Also Give You A Handicap

The point of my article is to point out that while education is an important piece of the puzzle that most of us should probably consider, it isn’t without it’s down sides.  Excessive and aimless education can expose you to harmful spending and consuming patterns, and hamper you with thousands of dollars in debt (that isn’t bankruptable).

For me the key is to make sure you’re aware of the positive and negative aspects of getting a higher education, and make sure you’re not overspending, or letting yourself get too far into debt for your chosen career.  Figure out what you want to do, get the best education you can at a value price, and work hard towards your goals.

What do you think?  Is it necessary to get a good education in order to succeed?  Do far too many people hamper their success by over spending on their education, and on the trappings of an advanced degree? Tell us your thoughts on education and wealth in the comments.

Share18
Pin1
Tweet10
Share5
34 Shares
Last Edited: 1st April 2014 The content of biblemoneymatters.com is for general information purposes only and does not constitute professional advice. Visitors to biblemoneymatters.com should not act upon the content or information without first seeking appropriate professional advice. In accordance with the latest FTC guidelines, we declare that we have a financial relationship with every company mentioned on this site.

Previous Post: Increase Your Productivity With These Three Powerful Tools
Next Post: Would You Give Up Your Favorite Financial Sin To Achieve Financial Freedom?