One thing I’ve noticed a lot of lately is people I know or have met not taking control of their financial lives. Instead they’re just hoping against hope that they’ll have enough to retire when they get older, or that if an emergency happens they’ll have enough in their emergency fund. They’re not really planning ahead for a rainy day, and in the end they may end up relying on the government or family to take care of them when they don’t have enough money for retirement or for their latest “emergency”.

When you don’t plan ahead and instead rely on the kindness of others in order to keep you afloat, you’re in for a rude awakening.

Last night’s Monday Night Football game between the Packers and Seahawks was an example of what can happen when you leave things up to chance and hope for the best. 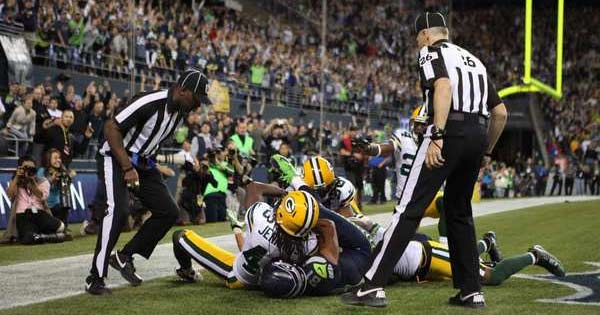 Are You Leaving Things Up To Chance?

In the game last night between the Green Bay and Seattle the Packers ended up losing the game 14-12  when what appeared to be an interception on the last play of the game was actually ruled by the NFL’s replacement referees to be a touchdown. One ref called it a touchdown for Seattle, one called it a touchback, and then after they looked at each other and had words, it was ruled a touchdown.

After a replay, it was still ruled a touchdown. Everyone stared in disbelief at the replay, which to most clearly showed an interception being made by Green Bay.  (view the play here)

The thing is, Green Bay had plenty of chances throughout the game to take things into their own hands. They allowed 8 sacks in the first half, and really didn’t run the ball as much as they could.  Their offense just couldn’t get started. They didn’t score until the second half, and really were in a place to have the call go against them because of their own poor play (and admittedly some of the other team’s good play).

Similarly, because so many of us aren’t planning ahead for a rainy day, we’re engaging in poor financial play, and leaving ourselves open to chance as well.

Taking Control And Planning For Every Scenario

So instead of leaving things to chance and allowing ourselves to be subjected to the whims of the economy or your circumstances (or NFL replacement referees), it’s time to take charge of your financial life, plan ahead and prepare yourself for just about any circumstance.

What are some things you can do to ensure you get ahead, instead of losing your financial game?

Those are just a few things you can do to start making sure your situation isn’t left up to chance, or the whims of our economy and political class.

Don’t Be Like The Packers. Play Better In The First Half

So what can you do to avoid the Packer’s fate – having to rely on dumb luck or someone else’s good will to get by?  Make sure that you play well in the first half of your financial game.  Make a plan, make goals and work hard to achieve them before it’s too late and you have to rely on your own replacement refs.  Good luck!

Share8
Pin3
Tweet
Share3
14 Shares
Last Edited: 25th September 2012 The content of biblemoneymatters.com is for general information purposes only and does not constitute professional advice. Visitors to biblemoneymatters.com should not act upon the content or information without first seeking appropriate professional advice. In accordance with the latest FTC guidelines, we declare that we have a financial relationship with every company mentioned on this site.

Previous Post: Being A Good Steward May Include More Than You Think
Next Post: The Fiscal Cliff: Why Your Tax Rates Could Increase Next Year