I‘ve been married to my beautiful wife now for 5 1/2 years, and during those times I can’t tell you how many mis-communications we’ve had about money. I will be the first to admit that it is probably mostly my fault as I tend to research ideas about what to do with our money, our mobile phones and our internet, figure out what the options are, and then make a decision.

Since I’ve done a ton of research I often assume that my wife will agree with the decisions I’m making. What I’ve learned, however, is that making assumptions about what your spouse is thinking can often be a losing proposition. That’s why communication about money is key. 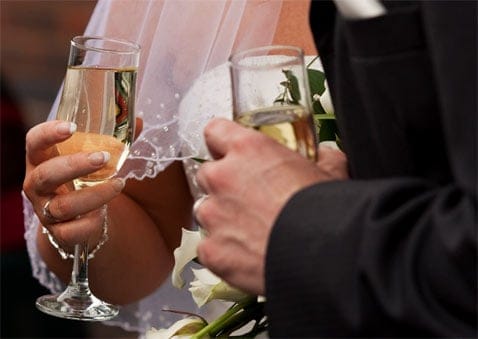 A recent example of something we’ve mis-communicated about is our emergency fund that we currently have in a low interest checking account at our local bank. It is currently earning a low 1.5% interest. Obviously this is about as low as interest can go, and I thought it was important that we move the money to a higher yield online savings account earning closer to 5% interest. Making that move could mean an extra 500-600 dollars a year, at least.

I started doing research online about what some of the best rates and banks were, reading up on the reviews of their customer service, their rate histories and how easy it would be to move the money to certain banks. After doing my research I was pretty confident that I knew what we should do. I had picked a bank and decided that it was time to make the switch. I off-handedly mentioned it to my wife that I would be doing this, and to my surprise she balked at my plans.

She wasn’t sure she wanted to make this switch, and she told me not to do it. I was perplexed. Didn’t she understand that this was a wise money decision?

We didn’t talk about it again for a few days at which time I discovered the reason why she hadn’t been amenable to the plan. I had just dumped this idea on her without any warning, she didn’t know what was going on, and she hadn’t been consulted on the idea. I hadn’t bothered to explain anything to her, tell her about my research or ask for her input as to whether this was a good idea or not. In essence I just bull-rushed her with a proposition expecting her to just rubber stamp it.

Without Communication Even Good Ideas Will Get Shot Down

I realized now that my wife wasn’t being unreasonable, she just wanted to be involved in the decisions that affect our money. She wants to feel secure, and know that we’re making the right choices. I hadn’t filled her in or made her feel like she was a part of the process. I hadn’t communicated with her in any meaningful way about it. I was wrong.

We have now talked a little more in depth about making the move and my wife now understands what our options are. She agrees that we should move the money to a new account. We were never so far apart, and all it took was a little communication. Let’s just hope I remember this next time.

Have you ever made the mistake of not communicating a decision about money, only to have it cause a conflict?  Tell us about it in the comments!

Share
Pin
Tweet
Share
0 Shares
Last Edited: 13th June 2012 The content of biblemoneymatters.com is for general information purposes only and does not constitute professional advice. Visitors to biblemoneymatters.com should not act upon the content or information without first seeking appropriate professional advice. In accordance with the latest FTC guidelines, we declare that we have a financial relationship with every company mentioned on this site.

Previous Post: Have You Created A Home Inventory Yet?
Next Post: Calculate When You’ll Be A Millionaire