Being in debt is never fun. You carry a weight on your shoulders, and are bound by the obligations that you must fulfill. It stinks, but at least there are some protections for people who aren’t able to pay, and rules that govern how debts can be collected. In the past, debtors were not given as much leeway. In fact they were treated quite harshly. They were often sent to debtor’s prison:

During Europe’s Middle Ages, debtors, both men and women, were locked up together in a single large cell, until their families paid their debt. Debt prisoners often died of disease contracted from other debt prisoners. Conditions included starvation and abuse from other prisoners. If the father of a family was imprisoned for debt, the family business often suffered while the mother and children fell into poverty. Unable to pay the debt, the father often remained in debtors’ prison for many years. Some debt prisoners were released to become serfs or indentured servants (debt bondage) until they paid off their debt in labor.

You might be surprised to find out, however, that some countries to this day still use the practice.  Debtors in the United Arab Emirates, including Dubai, can be imprisoned for failing to pay their debts. 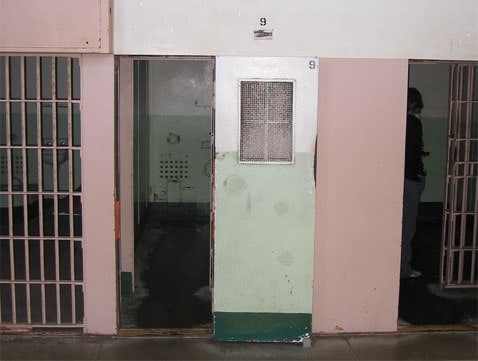 You Can Go To Jail For Your Debt – Even Today

While many people think being imprisoned for your debt in the U.S. is a thing of the past, they aren’t completely correct.

It’s not a crime to owe money, and debtors’ prisons were abolished in the United States in the 19th century. But people are routinely being thrown in jail for failing to pay debts. In Minnesota, which has some of the most creditor-friendly laws in the country, the use of arrest warrants against debtors has jumped 60 percent over the past four years, with 845 cases in 2009, a Star Tribune analysis of state court data has found.

Not every warrant results in an arrest, but in Minnesota many debtors spend up to 48 hours in cells with criminals. Consumer attorneys say such arrests are increasing in many states, including Arkansas, Arizona and Washington, driven by a bad economy, high consumer debt and a growing industry that buys bad debts and employs every means available to collect.

Whether a debtor is locked up depends largely on where the person lives, because enforcement is inconsistent from state to state, and even county to county.

While you’re probably OK if you follow up on court dates, and make your court ordered payments, if you miss a payment or a court date you could be in trouble.

Haekyung Nielsen, 27, of Bloomington, said police showed up at her house on a civil warrant two weeks after she gave birth through Caesarean section. A debt buyer had sent her court papers for an old credit-card debt while she was in the hospital; Nielsen said she did not have time to respond.

Her baby boy, Tyler, lay in the crib as she begged the officer not to take her away.

“Thank God, the police had mercy and left me and my baby alone,” said Nielsen, who later paid the debt. “But to send someone to arrest me two weeks after a massive surgery that takes most women eight weeks to recover from was just unbelievable.”

While I’m all for personal responsibility, and for following through on your debt obligations, some of the tactics being used by these debt collecters, and being followed up on by the law enforcement officials do seem a bit draconian. In some senses it seems like the debt collectors (credit sharks in suits as Dave Ramsey calls them) have taken over.

How often are debtors arrested across the country? No one can say. No national statistics are kept, and the practice is largely unnoticed outside legal circles. “My suspicion is the debt collection industry does not want the world to know these arrests are happening, because the practice would be widely condemned,” said Robert Hobbs, deputy director of the National Consumer Law Center in Boston.

Now if people are able to pay their debts, and are instead choosing to ignore their obligations and not pay, that’s one thing. If, however, they aren’t able to pay because of medical issues or other problems, why would you put them in jail?

Bail Is Often The Same Amount As The Debt

One thing people are finding once they’ve been put in jail is that their bail payment is set at the exact same amount of their debt owed.  When they post bail their money goes directly to the debt collector.

Hennepin County automatically sets bail at the judgment amount or $2,500, whichever is less. This policy was adopted four years ago in response to the high volume of debtor default cases, say court officials.

Some judges say the practice distorts the purpose of bail, which is to make sure people show up in court.

“It’s certainly an efficient way to collect debts, but it’s also highly distasteful,” said Hennepin County District Judge Jack Nordby. “The amount of bail should have nothing to do with the amount of the debt.”

If friends or family post a debtor’s bail, they can expect to kiss the money goodbye, because it often ends up with creditors, who routinely ask judges for the bail payment.

How To Stay Out Of Jail For Your Debt

So how can you ensure that you’ll never end up on the wrong side of a jail cell door – especially if you have debt?

So to stay out of jail, follow up on your debts, and if you are being sued or given a court date – show up!  If you don’t you could end up losing by default, and have a warrant sworn out for your arrest.

What do you think about the ways that debt collectors are now using the law enforcement and judicial system to collect debts for them?  Do you think it is right? Should debtors be afforded more protections, or are they getting what they deserve? Should new laws be passed? Tell us your thoughts in the comments.

Share23
Pin3
Tweet14
Share1
41 Shares
Last Edited: 29th July 2014 The content of biblemoneymatters.com is for general information purposes only and does not constitute professional advice. Visitors to biblemoneymatters.com should not act upon the content or information without first seeking appropriate professional advice. In accordance with the latest FTC guidelines, we declare that we have a financial relationship with every company mentioned on this site.

Previous Post: Easy Ways You Can Automate Your Finances While Staying Focused On Your Goals
Next Post: Don’t Let Summer Fun Distract You From Your Goals