For the better part of a year I’ve been blogging about frugality and finances. As a side-benefit of blogging about money, we’ve ended up paying pretty close attention to our family budget. Because of our planning and attention to detail we’re doing pretty well now. But it hasn’t always been that way.

A couple of years ago we were in a much different place. Our budget was non-existent. Every bit of income quickly turned around and became outgo. We weren’t doing all that poorly financially, but we had one big problem. We failed to make any sort of plan.

When we would discuss money, it was usually to try and figure out where all the money was going, and why we didn’t have any left. Those discussions usually disappeared as soon as the next paycheck arrived.

Time To Make A Change

We enrolled in a class teaching about money at our church. It was a life changing experience. We started talking about money, and setting goals for our future. We did a full zero based budget and allocated all of our money before it even appeared in our bank account.  We made a plan.

The plan that we made wasn’t a very good one to start. We underestimated how much we would need for certain spending categories, and gave too much to others. We still overspent in some areas. 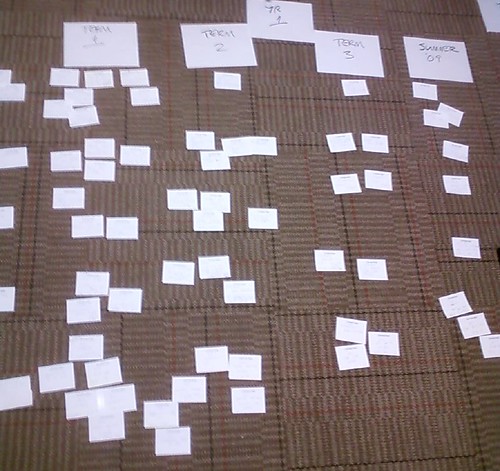 I realized something however, during those times. A bad plan is better than no plan at all. It means you’re at least trying to turn things around, and make things better, instead of wallowing in apathy and indifference.

Steps To A Change

If you’re just getting started on turning your finances around, here are a few steps that you can take, that will help you turn things around.

Remember a failure to plan is a plan to fail. Make a plan for your future and even if your first one isn’t a good one, at least you’re on your way to making a change, and changing your future.

Share
Pin
Tweet
Share
0 Shares
Last Edited: 15th October 2014 The content of biblemoneymatters.com is for general information purposes only and does not constitute professional advice. Visitors to biblemoneymatters.com should not act upon the content or information without first seeking appropriate professional advice. In accordance with the latest FTC guidelines, we declare that we have a financial relationship with every company mentioned on this site.