I was reading an article today on Monster.com (no, I’m not looking for a new job) that was talking about things that millionaires do that set them apart from those who aren’t successful. It had some pretty keen insights that I thought were worth sharing. 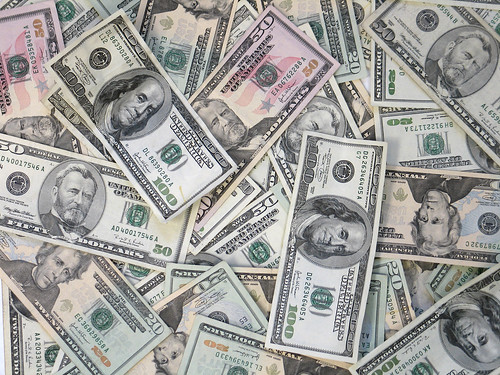 What Are These People Doing That Allows Them To Be Successful?

According to the article, millionaires in general have these traits in common:

UPDATE: To listen to an in-depth discussion of this article and topic, check out the Wise Money Matters podcast!

Excerpt from the article:

1. Avoid the Earn-to-Spend Mentality:   Michael LeBoeuf, author of The Millionaire in You, points out that to increase wealth, it’s essential to emulate millionaires who view money as something to save and invest, rather than income to spend. Many wealthy people live quite simply, he points out, choosing less pretentious homes than they could theoretically afford and opting for financial independence over material showmanship.

2. Focus: LeBoeuf also counsels resisting the impulse to be scattered in your efforts and interests: “Winners focus; losers spray.” And goals that are clearly written down are easier to keep in focus.

3. Do Whatever Is Necessary to Meet Your Goal:  People who earn their millions are able not only to focus but persevere in the pursuit of their goals. One single mom entrepreneur, Melissa Clark-Reynolds, started her first business, a health and safety consultancy, when she had a young son. En route to her goal of being a millionaire by age 35, Clarke-Reynolds and her son ate lots of pizza, did homework late at night and often slept at the office. She is now a chief executive mentor for Empower New Zealand, a global business consulting firm headquartered in London.

4. Take Calculated Risks:  You have to take strategic risks to earn and grow money. And a little rebelliousness seems to help too. One interesting study found a majority of male millionaire entrepreneurs had been in trouble with school authorities or the police during their adolescence.

5. Be Generous: And why doesn’t it surprise us that millionaires are often very generous? Sometimes it’s for the tax breaks, obviously, but often it’s not. One Jewish Swiss millionaire, for instance, flew to Israel to give $5,000 in cash to a waiter at a Jerusalem café who foiled a Palestinian suicide bombing. Among the most generous of millionaires are those from North America, who are, according to a Merrill Lynch Cap-Gemini report, two to five times more likely to give to causes they value than their European counterparts.

These five habits are a pretty good prescription for living happily even if you’re not a millionaire.

So millionaires are savers and investors, focused, dedicated, risk-takers, and generous to a fault. I guess it’s not exactly surprising that they’ve found these things, it stands to reason that in order to be successful you need to be a dedicated hard working person who has integrity and focus. Without it I think the only way you can be successful like these folks is to either be lucky, or extremely unethical.  And gaining wealth through ill means never seems to be as satisfying (or lasting).

Dishonest money dwindles away, but he who gathers money little by little makes it grow. Proverbs 13:11

Share50
Pin1
Tweet19
Share
70 Shares
Last Edited: 4th August 2012 The content of biblemoneymatters.com is for general information purposes only and does not constitute professional advice. Visitors to biblemoneymatters.com should not act upon the content or information without first seeking appropriate professional advice. In accordance with the latest FTC guidelines, we declare that we have a financial relationship with every company mentioned on this site.

Previous Post: False Starts And Budget Malaise: Getting Back Your Budgeting Momentum
Next Post: $8000 First Time Home Buyer Tax Credit Can Now Be Applied to FHA Down Payments