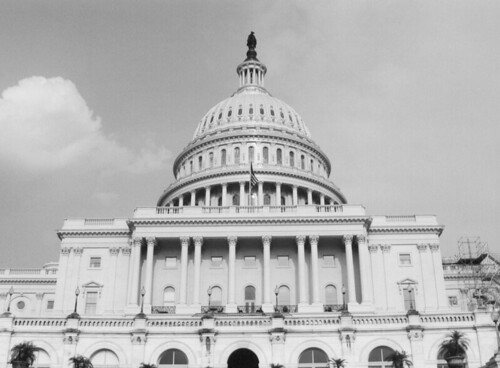 Today Ben Bernanke talked about the stimulus package currently being discussed by President-elect Obama and his incoming administration.  He believes it will help, but that it won’t be enough to bring a lasting recovery.  From the International Herald Tribune:

The chairman of the Federal Reserve, Ben Bernanke, said Tuesday that the fiscal stimulus package currently being discussed by the incoming U.S. administration would help revive the economy but would not be enough to bring a lasting recovery.

“Fiscal actions are unlikely to promote a lasting recovery unless they are accompanied by strong measures to further stabilize and strengthen the financial system,” Bernanke said in a speech at the London School of Economics. “A modern economy cannot grow if its financial system is not operating effectively.”

Bernanke said the Federal Reserve still has “powerful tools” at its disposal to stem the financial crisis even after lowering its benchmark interest rate virtually to zero in December.

The economic outlook has continued to worsen even after the Treasury’s injection of about $250 billion into the banking sector, and Bernanke said that more capital injections and guarantees might become necessary.

He also outlined several options to help financial institutions with their troubled and hard-to-value assets, which continue to be a barrier to improving private investment flows.

Among the options, he mentioned the public purchase of troubled assets, providing asset guarantees and the creation of a so-called bad bank.

Bernanke reiterated the need for “stronger supervisory and regulatory systems,” while being careful not to introduce rules that would “forfeit economic benefits of financial innovation and market discipline.”

Is it just me or do these guys all sound like they’re really not sure what to do to turn things around?  Are they just trying a bit of this, and a bit of that – hoping that something will stick? That’s the feeling I’m getting.

On Monday, In his final news conference before leaving office, President Bush defended the stimulus package as necessary:

President Bush stood by his decision to support the U.S. Treasury Department’s injection of billions of dollars into the economy to unfreeze the financial markets.

Asked by a reporter whether he would ask for the remaining $350 billion in economic stimulus money before President-elect Barack Obama steps in, Bush said he had spoken with Obama and told him he would ask for the money if Obama asks for Bush’s help in making the request before leaving office.

Bush defended the government’s injection of money into the economy, telling the White House press corps that the policies employed were aggressive but needed to correct what he was told would be a financial crunch that would spark fears similar to those experienced during the Great Depression.

The TARP fund is a huge amount of money, but I’m not sure it’s done what they were hoping it would.  There was no real accountability about how it was being spent, and now that they want to release the second 350 billion, some in congress are saying that they won’t permit that unless conditions are met:

Dodd said that in order to win authorization of such additional spending, the government will have to do a much better job of accounting to the taxpayers for where money already spent has gone.

The Treasury Department has spent about half of the $700 billion that make up the Troubled Assets Relief Program (TARP) approved last Fall; Congress must approve a release of the remaining $350 billion. In addition, President-elect Barack Obama is asking Congress to ready an ADDITIONAL economic stimulus package, of between $750 and $800 billion, as a combination of infrastructure spending, renewable energy projects, and tax relief for businesses and individuals.

Given the criticisms about how the administration has spent TARP funds, with little to no accountability or proof that the money has fulfilled its intended purpose, lawmakers are evincing qualms about approving a release of the remaining $350 billion – and then adding an additional $800 billion on top of that.

So what will individuals be getting out of this stimulus package?  Tax cuts!:

The package features aid to cash-strapped state governments, $500 to $1,000 tax cuts for most workers and working couples, a huge spending package blending old-fashioned public works projects with aid to the poor and unemployed, and a variety of other initiatives.

Will the “tax cuts” go to everyone, or just those who pay taxes?  That remains to be seen.

The one thing I do know is that I’m skeptical that the remaining 350 billion in TARP funds and the new 800 billion stimulus package will be spent as we’re told it will be.  Accountability will most likely be put by the wayside again, and the funds will just disappear into the accounts of big banks, local governments and companies – never to be seen again.

What do you think?  Will the stimulus have a  positive effect?  Will everyone get tax cuts?  Will there be more accountability?

Share
Pin
Tweet
Share
0 Shares
Last Edited: 16th January 2009 The content of biblemoneymatters.com is for general information purposes only and does not constitute professional advice. Visitors to biblemoneymatters.com should not act upon the content or information without first seeking appropriate professional advice. In accordance with the latest FTC guidelines, we declare that we have a financial relationship with every company mentioned on this site.

Previous Post: Devotional: The Road Ahead
Next Post: Personal Finance Bible Verse Of The Day: Diversify Your Holdings