The past year I’ve been learning a lot about money, how it is made and how it is often squandered. I’ve had to change the way I think about our finances, and make corrections in the way we’ve been living so that we can be successful down the road.

Making these changes hasn’t been easy. Humans are creatures of habit, and we can’t change overnight. The bad money habits that we’ve gotten into over years of overspending and lazy bookkeeping aren’t easy to break.

So how do we turn things around? The first step is to realize and accept that what you’re currently doing isn’t having the results you had hoped. Often that is the hardest thing to do, but being open to correction and redirection is commendable. As it says in proverbs:

He who ignores discipline comes to poverty and shame, but whoever heeds correction is honored. Proverbs 13:18

The next step is to figure out what is holding you back from success. Is it an income that isn’t large enough to support you and your family? Is it spending habits that are out of control? 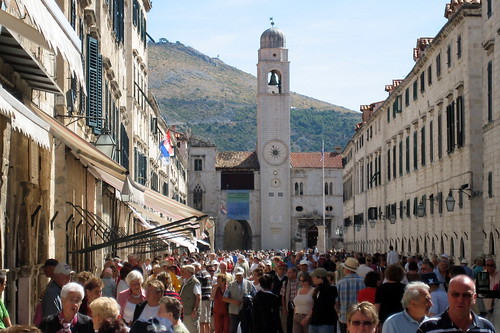 Once you figure out what is holding you back it’s time to make a plan so you can fix your problems. Do a zero-based budget where you allocate every dollar before it hits the bank account. Decide how much you want to spend in certain problem categories, and don’t go over budget!

One thing I’ve found extremely helpful is using an envelope system for spending where you withdraw cash for your problem categories every paycheck, put the money in envelopes according to their category, and never spend more than what is in the envelope. We use this for our restaurant eating, groceries and entertainment budgets. It has helped us to cut hundreds of dollars out of our spending budget, and moved that money into savings. It adds up quick!

Once you’ve made a budget, start to work on changing your behaviors and habits. For example, if you used to stop for coffee and a donut every morning, try cutting it back to once a week. Or if you’re spending a lot of money on gadgets or clothes, try cutting the amount down to a reasonable level, while still budgeting for some “fun”.

Work on changing your habits and behaviors gradually, and eventually your new positive spending habits will become your new habit.

Step By Step To Making A Change

We’re still in the process of changing out behaviors, and some habits have been harder to break than others.   If you stick to it, and are disciplined, you’ll be blessed in more ways than  you can imagine.

No discipline seems pleasant at the time, but painful. Later on, however, it produces a harvest of righteousness and peace for those who have been trained by it.  Hebrews 12:11

Are you making a change in your spending habits and behaviors?   Has it been hard?  is it worth it?  Tell us about it in the comments.

Share2
Pin
Tweet
Share
2 Shares
Last Edited: 2nd March 2013 The content of biblemoneymatters.com is for general information purposes only and does not constitute professional advice. Visitors to biblemoneymatters.com should not act upon the content or information without first seeking appropriate professional advice. In accordance with the latest FTC guidelines, we declare that we have a financial relationship with every company mentioned on this site.