This is a republished post from 9/11/11, the 10th anniversary of the 9/11 attacks. In it I give my remembrance of where I was on that day. I’d love to hear your own recollection in the comments.


Today marks the 10th anniversary of a sad day in our country’s history, a day when 2,740 Americans and 236 people of other nations lost their lives in a horrific terrorist attack.

For my generation September 11th has often been compared to Pearl Harbor, or the Kennedy assassination in the fact that if you ask anyone where they were on that day, they’ll each have their own remembrance and story of what happened to them on 9/11.

While we’ve been fortunate that we haven’t been hit by another attack of that magnitude since that day, I think it’s a good idea to never allow ourselves to forget the horror that was unleashed so that we can remain ever vigilant against those who hate our way of life, and the freedom that we enjoy here in America. 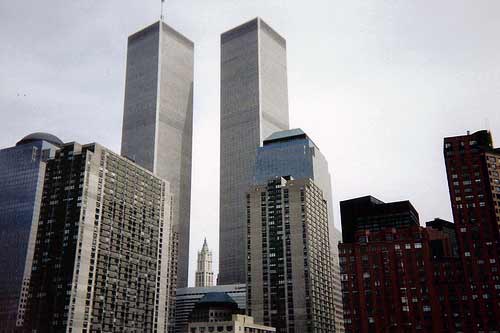 Ten years ago today I was working at the same company that I work for now, but at the time our offices were in another city 10 miles away from where we are now.   I remember waking up to a beautiful September day, looking up at the unusually blue skies and thinking what a beautiful early fall day it was.   I got ready for work just like any other day.

I was driving to the office, and was just pulling onto the street where I work around 7:50am central when the first reports of the first plane hitting the tower came through.  I remember the station I was listening to breaking into the broadcast with some confused reports of a small plane hitting one of the World Trade towers, and that they weren’t certain at this point as to what exactly had happened.

I remember thinking at the time about a story I had recently read about a military plane that had crashed into the Empire state building in dense fog during World War II.   I thought to myself how it must have been something similar to that happening here.   There must have been bad weather or fog out in New York, and a small plane must have gotten off course or had problems with their instruments.

I parked my car and walked into my office building and went into the warehouse office space that I shared with 3-4 other people.  I sat at my desk and began to get down to work, checking my emails.  A few minutes later I remember one of my immediate superiors coming into the room to tell me that a plane had hit the second tower of the Trade Center as well.   I remember thinking that this probably could no longer be categorized as an accident.  Both towers of the World Trade Center had been hit.  This was an attack of some sort!  There was no way two separate planes would hit the towers on accident.

My boss told me that my co-workers were all in the front conference room watching the coverage on the big screen TV if I wanted to join them.

Watching The Towers Fall, The Pentagon Attack And Plane Crashes

I walked into the conference room where someone had turned on one of the local NBC affiliate.  They were showing footage from a news helicopter, showing smoke pouring out of the windows.    We all watched in horror as the buildings smoked, and we talked about how many people probably worked in those buildings. 20,000? 30,000? How many had probably already been killed in the fires?

At some point later, it seemed like 20 minutes or so, there was word that there were more hijacked planes, and that possibly one of them had flown into the Pentagon.  This was war.  Who would want to do this? Terrorists?  China/Russia?  Iran or Iraq?  It didn’t make sense.  Looking around the room everyone just had looks of shock on their face, trying to figure out what all of this meant.

We continued watching until around 10am, all of a sudden the south tower started to collapse.  I heard an audible gasp in the room where we were watching the coverage.  It seemed to be only a matter of a few seconds and the building was completely gone.  I watched in horror and utter disbelief as the huge cloud rose into the air, and I realized that thousands of people had probably just lost their lives.  We then heard news about another plane crashing somewhere in Pennsylvania.  How many planes had been hijacked, and how many more crashes would we see on this awful day?

We continued watching as the second tower continued to smoke, and we wondered if it would fall as well.  The news was reporting that the second tower seemed to be leaning a bit and probably wasn’t stable, and about 1/2 an hour later the north tower fell as well.  I remember multiple people  gasping and one saying “Oh my God!”.  Others were choking up.  All those lives snuffed out in an instant.

The dust and debris cloud rose from the north tower as well, and it was just shock and disbelief in the room at what had just happened.

We continued watching the coverage in a daze for a while, and slowly people started filing out of the room to try and get some work done and process what had just happened. 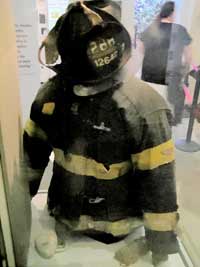 I remember working on some things that day, but I wasn’t really able to focus on anything.  In the end I remember surfing the web a good deal of the day reading news reports and accounts of what had happened.

I left work at the normal time that day or a bit early, and then headed home to watch the news reports to try and figure out what happened.   I sat in front of the TV watching the news until the wee hours of the morning.  I had a sick feeling in my stomach, I knew thousands of lives had been lost that day.

The next day I just wasn’t up to going in to work, so I called in sick and then sat on the couch the entire day watching the coverage.  I remember that they didn’t completely know what had happened yet, although some were speculating that it was a terrorist attack from radical Islamic groups.

I remember being outside that day and it was so weird that there were no planes flying overhead.  Normally we hear a lot of planes in the house where I lived because we were on a flight path heading into the Minneapolis/St.Paul International airport.  We wouldn’t hear those planes again for some time. It was an eery silence.

I also remember hearing at some point that my cousin who lives and works in New York was OK.  She had been in Manhattan on that day, and had been able to walk across one of the bridges to get off the island and get to her home.

All these years later thinking about that day still gives me that sick feeling in the pit of my stomach, thinking about all those people that lost their lives, and the fear and pain they must have felt before they died.

Last summer I was in New York City for work and had the chance to visit the site of the World Trade Center disaster for the first time.  I saw the empty holes where the towers once stood, and the construction on the new tower as it progressed.  Watching the new building go up did give a sense of hope. 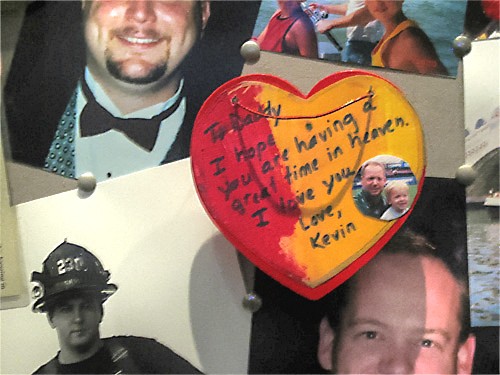 While I was there I also visited a World Trade Center museum where they house artifacts, remembrances and tributes to loved ones who died that day.

One wall had thousands of photos hanging on it, showing pictures of people lost on that day.  One art piece hanging on that wall caught my eye. It was a heart (see above).

When I saw what it said it brought tears to my eyes.  It was from a small boy named Kevin who had lost his father that day.  He made the heart for him, hoping he was having a “great time in heaven”. That truly brought home the human impact of the day for me.

Psalm 46:1-3 God is our refuge and strength, an ever-present help in trouble. Therefore we will not fear, though the earth give way and the mountains fall into the heart of the sea, though its waters roar and foam and the mountains quake with their surging.

While time does seem to heal wounds to a certain degree, we’ll always have a scar on our hearts from that day, one that we’ll remember until we die.

Where were you on September 11th?  Were you in or near New York City on that day?  Where were you when you heard, and what is your remembrance of that day? Tell us your story in the comments.

Last Edited: 11th September 2019 The content of biblemoneymatters.com is for general information purposes only and does not constitute professional advice. Visitors to biblemoneymatters.com should not act upon the content or information without first seeking appropriate professional advice. In accordance with the latest FTC guidelines, we declare that we have a financial relationship with every company mentioned on this site.

Previous Post: Is Blogging The Best Side Hustle? 7 Reasons Why You Should Blog
Next Post: 15 Ways To Make Extra Money