Pascal’s Wager, an argument for belief in God, was formulated by 17th Century French Philosopher and Christian apologist Blaise Pascal.

The “Wager” argues that if one lives as an agnostic, he is betting his life on the non-existence of God. If, upon death, he discovers that he was wrong, then his wager has cost him his eternal life. On the other hand, if he chooses to live as one who believes in God, and discovers at death that he was wrong, he has lost nothing because he has still lived an unselfish, honorable and satisfying life. Either way, Pascal argues, the wise wager is to believe in God and live accordingly.

I believe the same logic applies to the handling of finances. Our two choices are:

If one chooses to live for today, he is betting his future that he will have no unmet needs later in life. If he is wrong, he will some day be preparing meals from the cookbook, “98 Ways to Eat Alpo and Love It“.

On the other hand, if one plans for tomorrow and somehow doesn’t live to enjoy the fruit of his plans, he still wins. Why? Because the very process of being in control of his money has made his life better. This choice produces healthier marriages and more peaceful lives. “Stuffitis” is a non-issue because he has learned that stuff can never make him happy. He avoided the stress of too much debt and the nagging voice in the back of his mind that says, “What will you do if you lose your job or your health? How will you handle an emergency?” 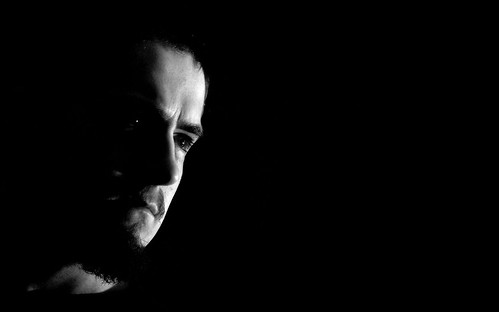 One definition of character is the ability to delay pleasure for a greater good. Don’t bet your life on living for today. It is a losing wager.


In case you want to read more, here are some more reads from Jeff’s blog:

Use Emergency Funds to Save on Health Insurance Premiums

Share
Pin
Tweet
Share
0 Shares
Last Edited: 2nd March 2013 The content of biblemoneymatters.com is for general information purposes only and does not constitute professional advice. Visitors to biblemoneymatters.com should not act upon the content or information without first seeking appropriate professional advice. In accordance with the latest FTC guidelines, we declare that we have a financial relationship with every company mentioned on this site.

Jeff Rose is a certified financial planner and an Iraqi combat veteran. He runs the blogs GoodFinancialCents.com and LifeInsurancebyJeff.com

Previous Post: Have Some Fun This Weekend Without Spending A Lot Of Money
Next Post: Geezeo.com Personal Finance Software And The Great Geezeo Bailout!