After reading an article over on fivecentnickel.com about the possibility of the Obama administration pushing for a $1000 Emergency Energy Rebate, I had to check it out for myself.

I found that while talk of an “energy rebate” isn’t recent news,  the Obama campaign did talk on the campaign trail about giving a check to “American families”.

From Obama’s website, one possible solution to high energy costs would be:

Obama and Biden will enact a windfall profits tax on excessive oil company profits to give American families an immediate $1,000 emergency energy rebate to help families pay rising bills. This relief would be a down payment on the Obama-Biden long-term plan to provide middle-class families with at least $1,000 per year in permanent tax relief. 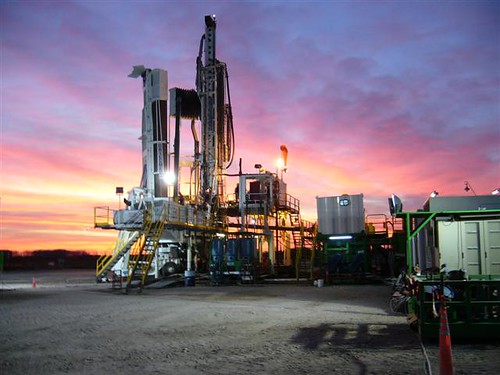 So on top of a possible second stimulus check some people may have another additional $500-1000 check to look forward to to help pay the costs of energy.

My question is this: When did making big profits turn into a bad thing? What exactly is “excessive profits”?

Companies that are actually doing well are being penalized, while companies that had bad business plans and mountains of debt are being bailed out by the government to the tune of billions of dollars.  Does that make sense?

So how could the check be used? From Politico:

The first part of Obama’s plan is an emergency energy rebate ($500 to individual workers, $1,000 to families) …

“This rebate will be enough to offset the increased cost of gas for a working family over the next four months,” Obama said. “Or, if you live in a state where it gets very cold in the winter, it will be enough to cover the entire increase in your heating bills. Or you could use the rebate for any of your other bills or even to pay down debt

As nickel says, I’m not sure how this is any different from a stimulus check in the first place, and I’m not sure it’s a great idea. Won’t the oil companies just pass the higher costs (because of “windfall profits taxes”) on to the consumers in the form of higher prices?

At what point do the rebates, stimulus check and freebies end? How are they all going to be paid for? Or are we not worried about how to pay for things, right now – we’ll just keep on printing money until we have enough?  Let our kids pay for it?

Will this proposal for an energy rebate be dead on arrival now that Obama has been elected, and the price of gas has dropped over the past few months?  Some think so:

The call for an energy rebate also may lose its urgency as gasoline prices have dropped by more than a third and heating oil by almost half from their peaks last summer.

What do you think?

What do you think about the idea of a $1000 emergency energy rebate? Is it a good idea, or a bad idea? Would it essentially be just another stimulus check?

Previous Post: Happy Veteran’s Day!
Next Post: Reader Question: Is It A Good Idea To Get A 401k Loan To Pay Off Debt?