Do not store up for yourselves treasures on earth, where moth and rust destroy, and where thieves break in and steal. But store up for yourselves treasures in heaven, where moth and rust do not destroy, and where thieves do not break in and steal. For where your treasure is, there your heart will be also. – Matthew 6:19–21

For several years I have been storing many of my things with a friend. Now that I have my own storage unit, I decided to get everything back from him. His daughter brought me two boxes and said that there was some more stuff that they had not gone through yet. 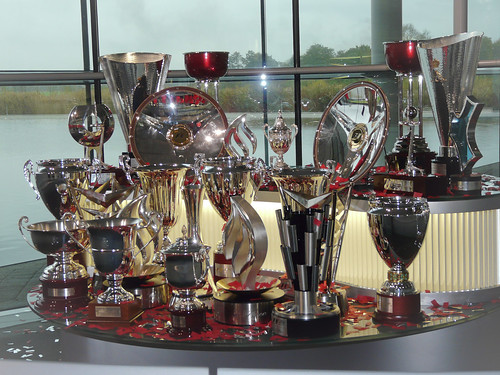 When my brother helped me go through everything, I was happy to see my senior yearbook, but disappointed that my trophies and plaques from school were not in any of the boxes.

I e-mailed my friend to confirm that more stuff was coming, hoping my awards were in boxes yet to come. In his reply my friend shared that the people who took over his mobile home had temporarily stored some of my boxes. They decided to put the boxes under my friend’s wooden wheelchair ramp outside, thinking they would be okay. My friend didn’t know they had done this until he went to pick up the boxes. He opened the boxes to find trophies and plaques that had been melted by the Arizona heat and books completely destroyed by mold.

I had worked hard to earn those trophies and plaques and it hurt to realize they were gone.

But in the real scheme of things, my awards were just a bunch of metal, wood, and plastic. My value is not determined by the awards I have received, but rather by how I love God and people around me. I could have all the trophies in the world, but if I’m not showing love to God and my neighbor, I am nothing.

Are we focusing on what’s important?