Trust in the Lord with all your heart and lean not on your own understanding; in all your ways acknowledge him, and he will make your paths straight. – Proverbs 3:5-6

When I was seven years old, I visited my grandma in Indiana. In the summer, she lived in a cottage on beautiful Lake James. Not far from her cottage was a Christian camp. A camp counselor there named Scott spent some time with me during my visit. He was extremely nice and I enjoyed my time with him. 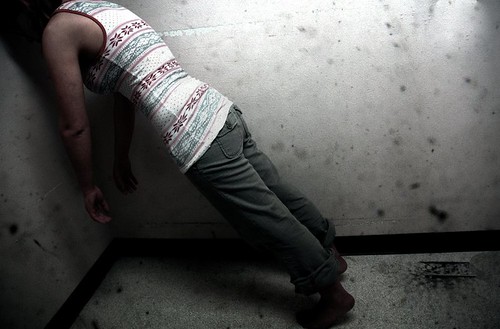 Before I left Indiana, Scott gave me a Bible. In the front cover, he wrote: “Trust in the Lord with all your heart and lean not on your own understanding; in all your ways acknowledge him, and he will make your paths straight” (Proverbs 3:5-6).

Over the next twelve years that Bible collected dust on my bookshelf. Every once in a while I would read a few chapters, but it didn’t make much sense to me.

When I was nineteen, some college friends began to share with me about Jesus Christ. A few months later I became a Christian. I blew the dust off my old Bible and began to read. What once were just words on a page suddenly became truth to me. God opened my eyes as I began to read His Word and He showed me wondrous things I had never seen before.

One day I reread the inscription Scott made in the front cover. I realized that he had tried to warn me about what I had done for twelve years. All that time I was leaning on my own understanding instead of trusting in the Lord. I tried to figure out the Bible with my own intellect and got nowhere.

Once I became a Christian and acknowledged God in my life, He began to direct me and make His words clear to me. Sometimes I still try to lean on my own understanding when I read the Bible. But if I open the Bible with prayer that God will make it clear to me, I have a solid rock to lean on. If I acknowledge Him, He will direct me.

Allow God to reveal Himself to you through His Word.

Trust Him and He will light your path through the darkness.

Share7
Pin
Tweet
Share1
8 Shares
Last Edited: 16th December 2015 The content of biblemoneymatters.com is for general information purposes only and does not constitute professional advice. Visitors to biblemoneymatters.com should not act upon the content or information without first seeking appropriate professional advice. In accordance with the latest FTC guidelines, we declare that we have a financial relationship with every company mentioned on this site.